AT NO COST TO YOU, GET FUNDING FOR Soldiers For Wildlife WHEN YOU: Buy a Home / Sell a Home / Lease Commercial Property

Learn how it works 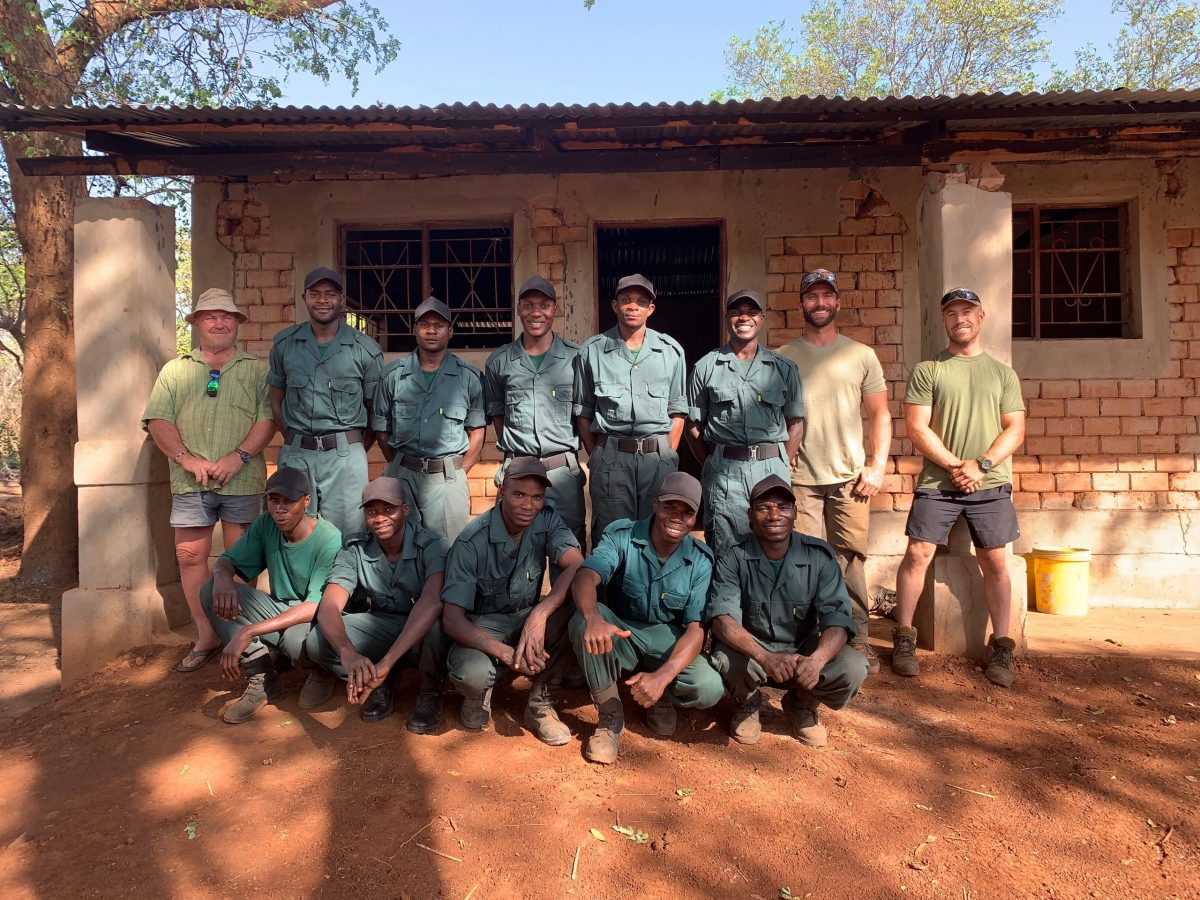 Soldiers For Wildlife (SFW) is one of the oldest organizations dedicated to animal welfare and humane education. As a member of Investing In Communities®, SFW can receive crucial funding for its programs and efforts through real estate transactions, including corporate leases, home purchases, and sales. By using IIC to start your real estate transaction, you enable the Anti-Cruelty Society to continue its work in the greater Chicagoland area.

Soldiers For Wildlife combines a mixture of experience from both United States veterans and renowned conservationists in Africa to create elite teams in their mission on the ground to combat poaching, uplift local communities, provide proper conservation through education courses, and fund private reserves in a number of countries.

In 2019, our organization partnered with a conservancy in the middle of the year in Zambia after elephant families were being slaughtered for their tusks in gruesome manors. Just three weeks after our partnership, with gunshots at this point being heard each night, we trained, equipped and employed a team of 12 Game Scouts, catching 3 gangs in night operations. The missing ivory from a new mother elephant was even recovered. Due to our success, we have partnered with one of the most credible craft breweries in the country, Alesmith Brewing Co. to create a beer centered around our mission. The beer is known as ‘Game Ranger’ and is doing extremely well with the goal of creating a permanent line year-round to be sold across the U.S. to further spread our message. Due to the people behind this story involved on both sides, we have also received grant money for the production of a documentary, by the team of Bedrock Films, on our efforts in Africa.

Our vision is to come into control of as many reserves and parks across the countries we operate in to be able to guarantee the protection of these ecosystems against this $20 billion black market trade decimating African wildlife. One of the most essential elements of our organization is giving back to the local communities. In doing so, we wish to create these communities centered around a conservation built economy where people live in peace and thrive off the very animals they live amongst. We also hope to inspire all generations to become better stewards of this planet than we have been in the past. Soldiers For Wildlife will set the tone to be a movement that sends the message that giving back to our planet and those we live amongst is essential for the health of this world and the soul of the earth.

The extermination of Africa’s dwindling wildlife is a result of a $20 billion black market trade for wildlife parts from Asia. This evil trade has not slowed down, only sped up over the past couple decades, so much so that rhino horn is currently worth more than gold. Rhino horn is made from an element called keratin, the same element your fingernails are made of. As many as 100 elephants a day are killed for their tusks and hundreds of thousands of pangolins are killed each year. A number of other species including big cats are killed as well for their bones. The human population in these countries and asian presence and influence is also skyrocketing at an extremely alarming rate causing these last wildlife strongholds to only become smaller and smaller. Ultimately, this means that time for these iconic species is running very low, and if we don’t come together and act soon, it will not be long before we lose them. 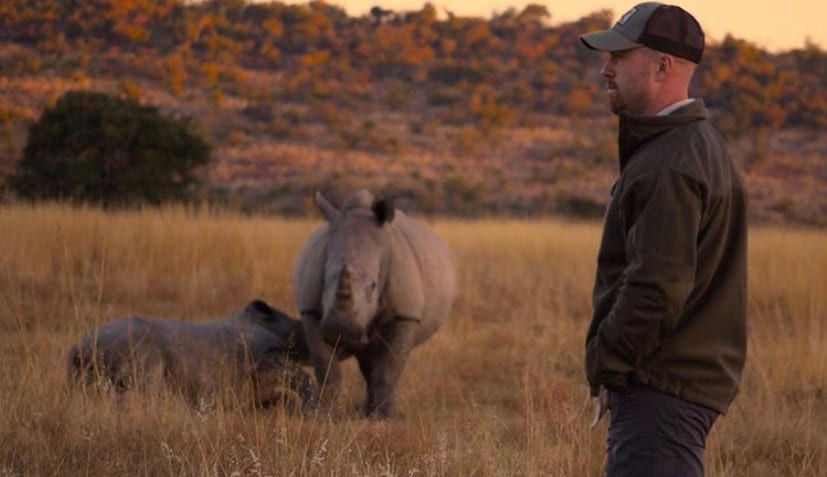 SFW started by US veteran John Garcia in 2017 after a trip to Africa changed his life. He always admired the sheer wonder and beauty of Africa but only through television throughout his life. On this trip, he was directly exposed to it but not only its beauty, but what was plaguing this stunning place at an extremely alarming rate and who was behind it. Right then and there, he knew this was going to be hard and will forever change his life, but he couldn’t turn his back.

In the start, it was an effort to explore a number of countries on the ground and join up with ranger teams and conservationists to get a better understanding of the fight they were up against each and every day. He believed that one could not get a proper understanding of the issue or create a useful formula to combat it unless he lived amongst the locals in the bush for long periods of time gaining new perspectives. Since then, the teams we have created have put together a landmark formula that has now proven itself to be extremely effective in tackling these issues on a ground level. Our formula includes:

These programs have allowed us to completely eliminate poaching in the areas in which we operate. We have become respected members of these local tribal communities and are always willing to help where we can. Part of that system entails that the only people we hire for the jobs needed to run the conservancies come from that particular region. We do not hire foreigners. This is an essential ingredient to our mission. We strongly believe that only by empowering and showing respect to the indigenous will a mission of this nature be successful.

Each student that attends our courses never leaves the same. They are met by extremely passionate instructors and spend their entire time in the middle of the African bush receiving a remarkable education regarding the wildlife, anti-poaching, and conservation. Education is the key component to creating positive change in any arena and with our mission, our courses, and the energy we bring to this initiative each and everyday, we believe we are going to have an impact that will reach across the world. 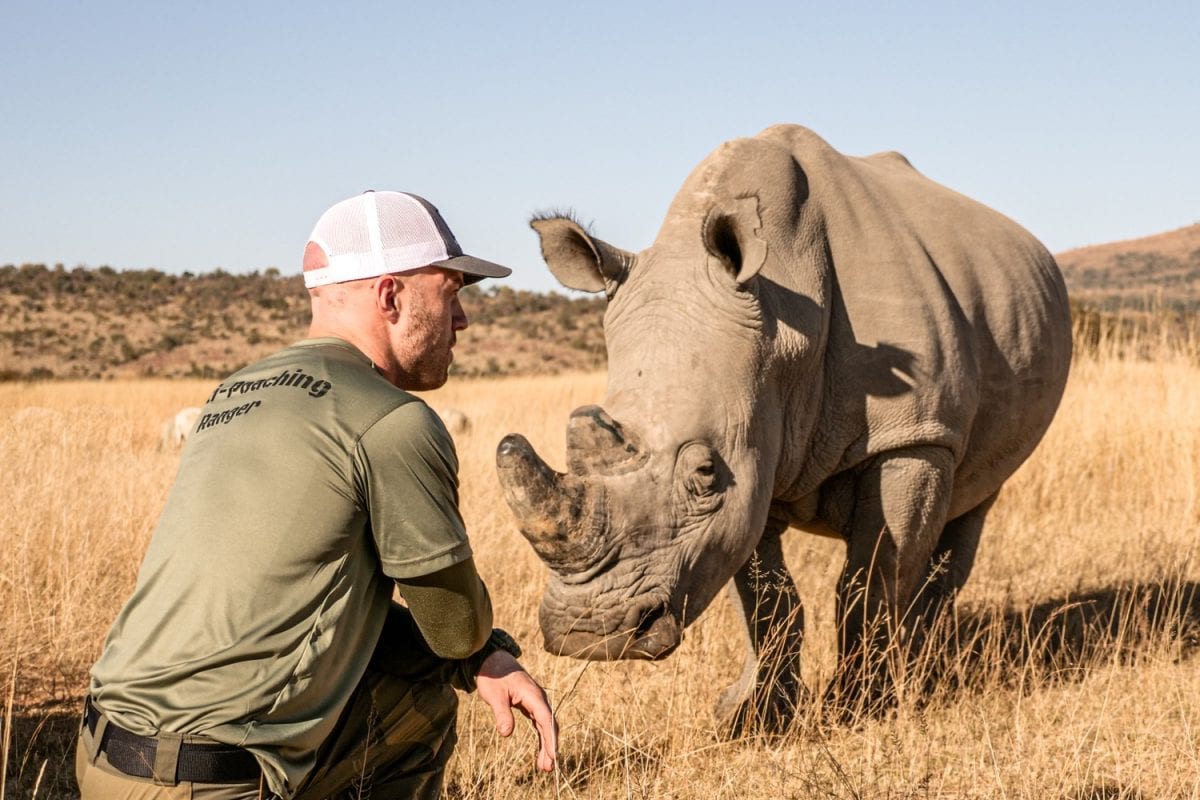 Be a Hero When You Buy or Sell a Home

You can make a difference in the SFW’s work with a home purchase or sale or with your commercial lease. Helping SFW is as easy as going to iiconline.org when planning your next residential or commercial real estate transaction. At no cost, you can help provide significant funding that helps protect endangered wildlife. You can work with a broker you already know or IIC can provide several agents that are appropriate for your consideration, based on your specifics. The funding can be significant. For example, the purchase or sale of a $300,000 home translates to $1,300 of funding for the SFW.

But the important thing is to start with IIC. And to share this page with anyone who wants to help.

I'm always happy to get referrals and glad to pay the standard referral fee. Having that fee go to a charity that my client cares about is a win for me, the client, and the charity. IIC makes it easy.

It was easy to use iiconline.org. I connected with a great broker in Idaho and was thrilled that my nieces’ school in Chicago could benefit.

As treasurer of our elementary school's volunteer fundraising group, I can say that the $1,766 from Investing In Communities was probably the easiest money we've ever raised, considering how little time and effort it required. We definitely see how IIC could be a great fundraising tool for us and other schools.

Want to help this charity with your next real estate transaction?

We respect your privacy and want to make sure you are totally at ease. By submitting, you are sharing your information with us only and we will not share it with or sell it to anyone else. We will contact you by email to get more information about your real estate needs. Then we will provide you with several agents suited to your needs and you may contact them -or not- as you choose. There’s no sales pitch or pressure. It's entirely your choice.

HOW YOUR REAL ESTATE TRANSACTION GENERATES $$$ FOR Soldiers For Wildlife

As a tax exempt 501(c)3 organization, Soldiers For Wildlife is eligible to receive at least 70% of the referral fee when you use Investing In Communities (IIC) to sign up with ANY real estate broker to handle your residential or commercial property transaction. Referral fees are a common expense paid by brokers only to other brokers for much desired referrals. As a licensed broker with a charitable mission, IIC is able to accept referral fees and pass most of those funds to your charity of choice - at no cost to you. Visit iiconline.org for more info.