Grassroots fundraising raises funds in small increments.
For example, $44 is the average size of donations to some political campaigns. 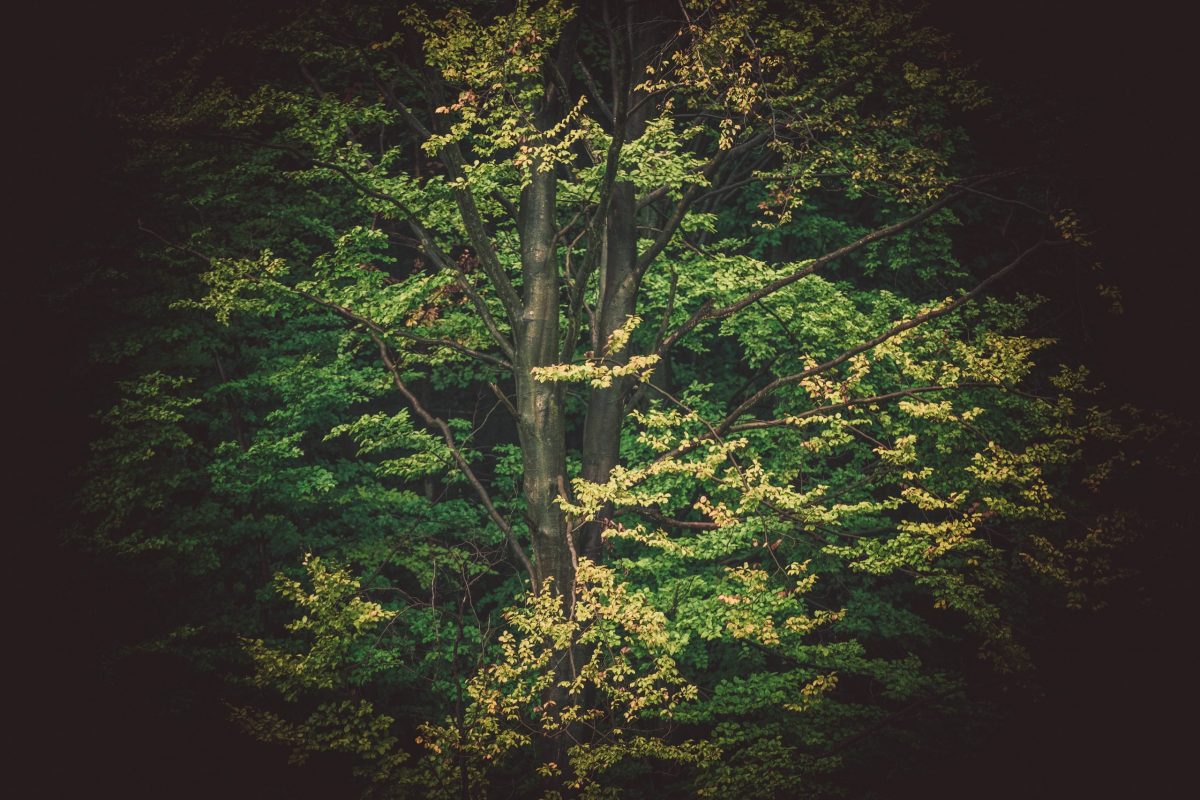 Grassroots Fundraising is about a lot of small people, in other words not wealthy people, giving a lot of small amounts.
It’s probably also pretty important to mix in talking, texting, posting, sharing the idea as widely as possible, so more people know about the grassroots effort.
But with the money part, could grassroots fundraising take a different form? Could it take a very different form from fundraising, in general?

What is Grassroots Fundraising? 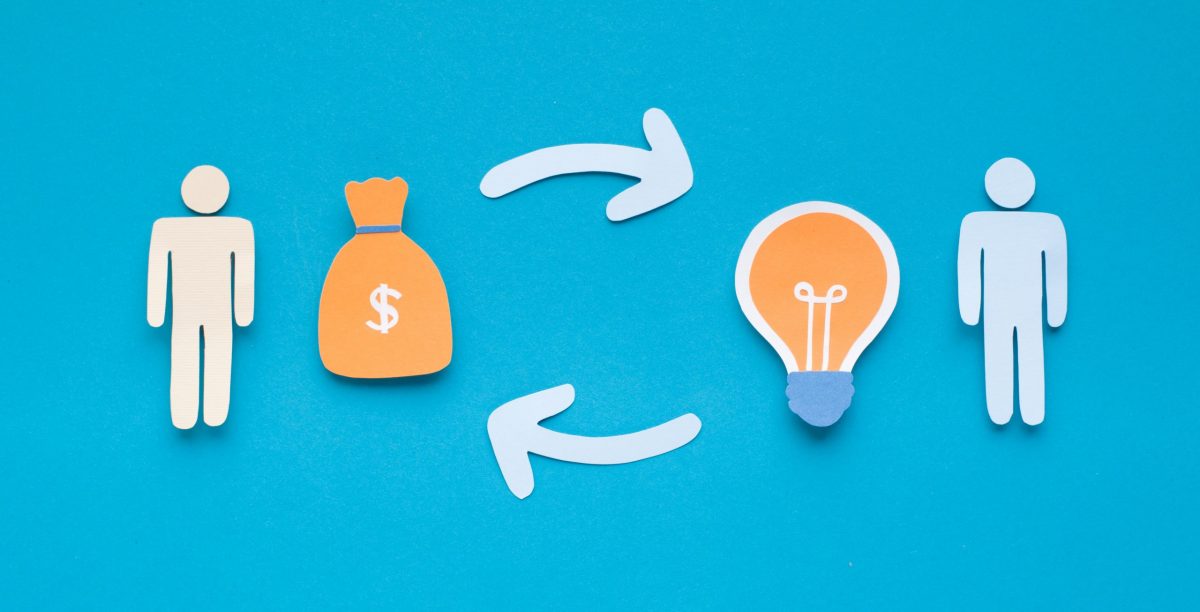 Fundraising, by definition, means that the raised funds come from peoples’ pockets. Right?
The money to run charities and schools needs to come from somewhere. When it doesn’t come from the government, that place is usually from our pockets, either from our personal or company pockets.
Either you donate personally, or the company you work for donates.
When people do this, they’re charitably generous. Or maybe sometimes we give to accomplish a desired objective that is “close to home”.
For example, giving money to a school might make it more likely that your child can attend that school.
When companies support a charity or school by giving their products or services, or paying for employees to volunteer, or they simply give money, they’re engaging in what’s called “Corporate Social Responsibility”. CSR for short. And just because a company might have business motivations for doing that good, it’s still a very good thing.
Since we’re talking about grassroots fundraising, and that means a lot of people, let’s turn to a specific group of people.

Each year in the U.S., roughly 6 million homes are sold, which must also mean that they’re bought. Right?
For each of the 6 millions residential transactions there is a buyer and a seller.
The 12 million buyers and sellers make up around 5% of adults over 21 in our country. But let’s round that down to just 2 million buyers and sellers. However, since most people have at least some friends and relatives, maybe for that 2 million people, it really means that more like 8 million people are close enough to those residential real estate transactions to be considered “in on them”.
I don’t mean they’re involved with the money. But they might be in on the discussions and the excitement of those millions of buyers and sellers planning to do a very big thing in their lives. So maybe it’s not a stretch to think that 8 million people are part of a grassroots movement each year, centered around buying a home.
Let’s now talk a little more about the money that might support charities as a result of those 8 million people working to do grassroots fundraising.
Well, if those residential transactions could generate funding for charities and schools chosen by those buyers and sellers, that sounds a little like grassroots fundraising. No?
So, what about a way that enables “small” people to give a lot of money to power their passion, without it costing them? And that way also enables a whole profession to “do their thing” without it costing them any more than they like to pay each other?
And this way also benefits the whole community?
Better than a poke in the eye!
Right?
Well, it might not surprise you to learn that all of this is possible.
It’s going on, right now.
This is not a dream.
This is reality.
It happens to be my dream to make this possible.
I’m lucky because I’m the co-founder of Investing In Communities® (IIC).
And IIC makes possible what we are talking about in this post.
If we assume $1,000 for each of the 2 million buyers and sellers, it comes to $2,000,000,000.
If all of those 8 million people – the buyers & sellers plus their friends & families – were involved in at least talking about the effort, then the grassroots fundraising would average $250 per person!
$250 is a decent amount, at least compared to the $44 average of donations to some political candidates. 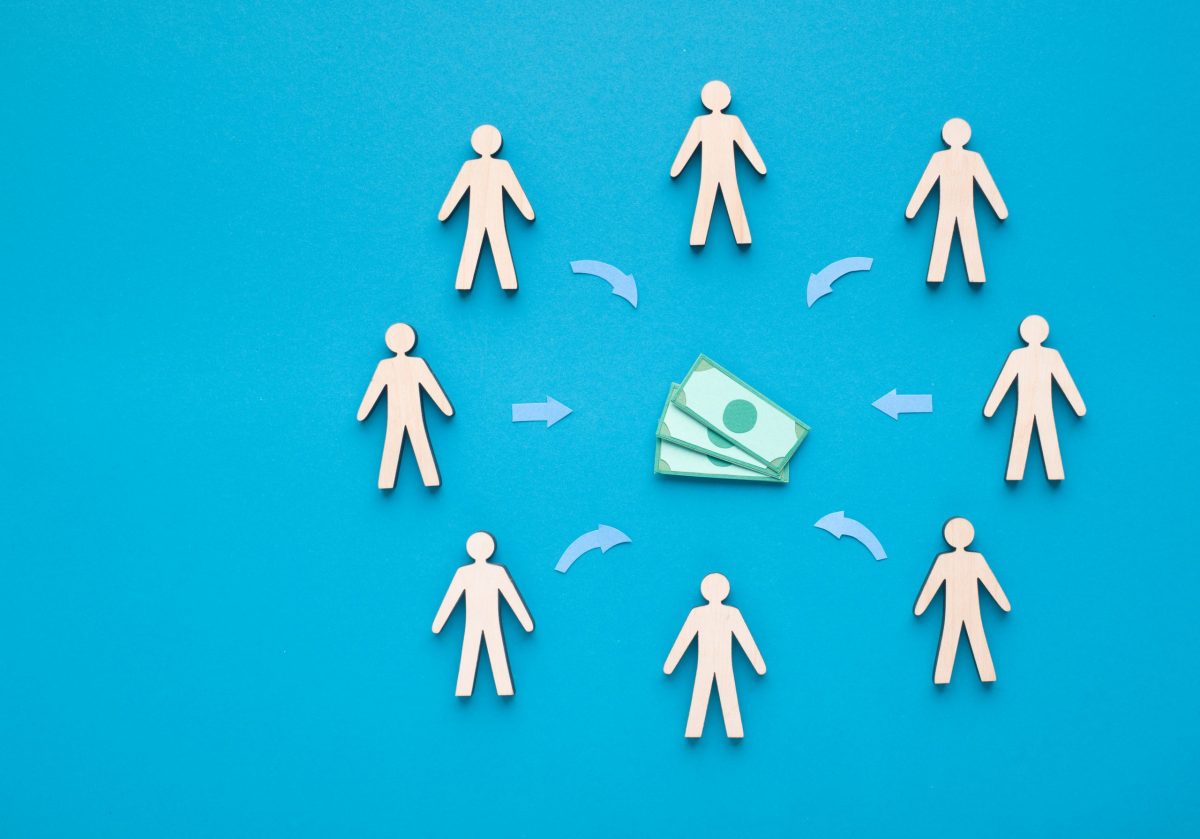 What if each buyer and seller could give around $1,000 to their charity or school, and it would be free to them?
I mean free.
You know – FREE, FREE.
What IIC makes possible is giving more than $1,000 to your charity or school, if the home that you buy or sell costs $300,000.
And it doesn’t increase the purchase price or decrease the sale price.
(The median U.S. home price in 2019 was $253,000.)
The money does come from somewhere.
It comes from the widespread practice of competitive real estate agents being eager to pay a referral fee to other agents that refer a client to them.
Companies can also use IIC when they lease office, retail, industrial, or medical space – any commercial space.
Between residential and commercial real estate transactions, the potential is really big for this good to happen often, in towns and cities across the country.
But wait, there’s more!
It’s a good thing when people who otherwise might be unable to support their favorite charity or school can give that support. But, isn’t it especially difficult to be philanthropic at the very moment that you or your family buys a home?
Then it’s very good that IIC enables you to do so, as an integral part of your home purchase or sale.
In fact, IIC makes the philanthropy happen “automatically” and at no personal expense.
It’s suggested that if a person donates once, they are more likely to donate again.

And the giving experience can begin to form the way that people think from an early and impressionable age. That’s because people who buy a home might often have school age children. I imagine it’s positive for a child to experience the connection between their family buying a home and being able to help others as part of their home buying experience.
IIC also makes that possible.
This is not just a maybe.
This is happening right now.
IIC has distributed over $650,000 as the result of all kinds of real estate transactions in multiple states and even in Mexico.
Learn how Investing in Communities can help your organization!
Categories
Tags
crowdfunding (1) fundraising (1) sense of community (1)
(312) 955-4900