AT NO COST TO YOU, GET FUNDING FOR Ascend Justice WHEN YOU: Buy a Home / Sell a Home / Lease Commercial Property

Learn how it works

Fight Domestic Violence With Your Next Real Estate Transaction

Ascend Justice is a domestic violence legal organization and clinic in Illinois that assists individuals and families affected by gender-based violence and the child welfare system. As a member of Investing In Communities®, Ascend Justice can receive funding as a result of any real estate transaction – home sales, home purchases, or commercial leases. Already $9,905 has been raised through multiple office leases. As more supporters use this platform, at no cost to them, Ascend Justice will have more funds with which to help those who have been harmed by domestic violence and prevent others from being harmed. 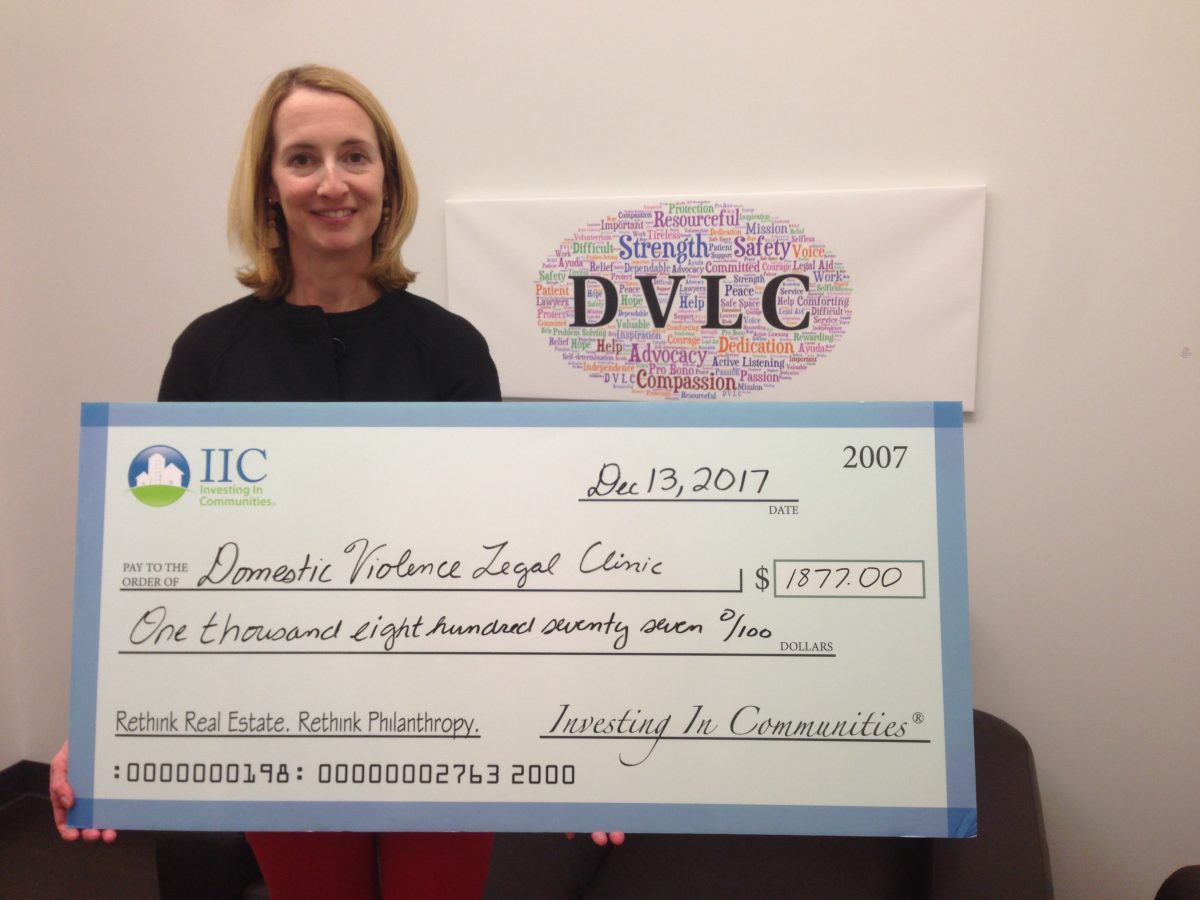 Formed through a merger of the Domestic Violence Legal Clinic and Family Defense Center, Ascend Justice serves as a champion for victims, fighting for a fair and balanced result that protects basic human dignity. Ascend Justice also helps families with housing and finances as well as providing access to free domestic violence lawyers.

In the fight against gender-based violence and child abuse, Ascend Justice provides an array of legal and advocacy programs. Three of the most important programs at Ascend Justice involve Orders of Protection, Divorce, and Child Custody and Support.

The Orders of Protection program provides victims of abuse with an avenue to end abusive treatment. These orders come from a judge and instruct the abuser to cease contacting or harming the victim. It is also possible for an order of protection to prevent the abuser from going to the victim’s home or workplace.

Ascend Justice operates an Orders of Protection Clinic at the Cook County Domestic Violence Courthouse on a walk-in basis. Any person who needs help obtaining an order of protection can visit the clinic to speak with staff and volunteers.

The Child Custody and Support program provides legal representation to victims of gender-based violence. By delivering zealous representation in matters of child custody, support, and visitation, Ascend Justice strives to safeguard the best interests of children living in abusive households. Ultimately, this program provides legal services to establish clear boundaries and parameters for safe parenting and the best interests of children.

At no cost to themselves, anyone who cares about domestic violence or child abuse can turn virtually any brokered real estate transaction into funding for Ascend Justice. For example, the purchase or sale of a $300,000 home can result in about $1,300 of free funding. Support their mission by using IIC’s free platform to make arrangements with an agent you already have in mind. Or use IIC to find and choose among real estate agents that are appropriate for the specifics of your residential or commercial real estate needs. Ready to start?

I'm always happy to get referrals and glad to pay the standard referral fee. Having that fee go to a charity that my client cares about is a win for me, the client, and the charity. IIC makes it easy.

It was easy to use iiconline.org. I connected with a great broker in Idaho and was thrilled that my nieces’ school in Chicago could benefit.

As treasurer of our elementary school's volunteer fundraising group, I can say that the $1,766 from Investing In Communities was probably the easiest money we've ever raised, considering how little time and effort it required. We definitely see how IIC could be a great fundraising tool for us and other schools.

Want to help this charity with your next real estate transaction?

We respect your privacy and want to make sure you are totally at ease. By submitting, you are sharing your information with us only and we will not share it with or sell it to anyone else. We will contact you by email to get more information about your real estate needs. Then we will provide you with several agents suited to your needs and you may contact them -or not- as you choose. There’s no sales pitch or pressure. It's entirely your choice.

HOW YOUR REAL ESTATE TRANSACTION GENERATES $$$ FOR Ascend Justice

As a tax exempt 501(c)3 organization, Ascend Justice is eligible to receive at least 70% of the referral fee when you use Investing In Communities (IIC) to sign up with ANY real estate broker to handle your residential or commercial property transaction. Referral fees are a common expense paid by brokers only to other brokers for much desired referrals. As a licensed broker with a charitable mission, IIC is able to accept referral fees and pass most of those funds to your charity of choice - at no cost to you. Visit iiconline.org for more info.