Social justice is the philosophy that all people should have equal access to resources and opportunity, equal treatment under the law, and that they should not be subject to discrimination by either the government, companies, or individuals. Social justice charities advocate on behalf of disenfranchised groups to improve access to legal representation and employment opportunity, among numerous other things. Social justice centers around the destructive effects of a wide range of discriminatory practices that for many groups has been ongoing for generations. Fortunately, the focus areas of social justice have expanded over the years. However, as is occurring in the present moment, consensus defining what is socially just is susceptible to shifting sentiment among the voting public, elected officials, and the courts.

Community action organizations are one type of social justice charity.  While they can have widely divergent missions, in practice, there is often overlap, for example concerning Labor & Community Organizing, Policy & Advocacy, Civil Rights, Education, and Healthcare, among others. Labor and community organizing refers to the practice of organizing the activities of  individuals to further a common purpose. By unifying those  who would otherwise have little if any power into a single voice.  Charities of this type can drive significant change in the corporate and governmental realms.

An example of a labor and community organizing charity is Community Organizing and Family Issues (COFI). Established in 1995, this community action organization strives to unite and empower low-income and working families in Chicago. COFI works with such families to establish strong communities with a commanding presence, thus enabling  change at the local, state, and even federal level.

Although labor and community organizing can employ  similar methodologies to achieve their goals, they are generally structured in different ways. Many such charities fall into the categories of Labor, Community, and Social Work.

Commonly seen in the context of unions, labor organizing occurs when employees join together into a single association. By combining their forces, a company’s workforce can negotiate directly with the employer on all aspects of employment. Through a practice called collective bargaining, organized labor can achieve substantial results that would not be possible for individual workers to achieve.  Examples include:

Community organizing traditionally happens within a local geographic area or among communities of shared interest, rather than in the employment context. Community organizers, including former President Barack Obama, attempt to unite like-minded individuals who reside in close proximity. This approach enables entire communities, even disenfranchised ones, to better effect change, through a collective voice.

A community-focused approach to organizing employs methods that can change over time, based on the needs of each respective group. But in practice, community organizers often employ methods, such as:

While social work might seem to belong only to the category of Health & Wellness, community organizing can and should encompass it, too. Social work, as an occupation, refers to multiple   specially trained and diverse professions. Social work to assist a particular individual or family in both the public and private contexts, may even require a multi-disciplinary approach.

Social work can center on family-related issues, such as placing children for adoption or providing childcare resources to parents. Or it can be in the context of education – helping students and teachers to address problems and overcome. Social workers are also present in healthcare, for example assisting patients with the increasingly complicated ways of obtaining medical treatment. A growing area of social work involves  mental health and substance abuse with social workers helping affected individuals to coordinate rehabilitation.

Policy and advocacy in the social justice arena involves the application of political power to achieve equal treatment. Even though there are laws in place that prohibit discrimination, public policy advocacy is necessary to ensure uniform application of those laws. Policy and advocacy charities apply their resources to the achievement of  social justice and equality under the law.

An example of a policy and advocacy charity is Sargent Shriver National Center on Poverty Law (Shriver Center). For more than 50 years, this nonprofit has worked for economic equality and social justice. The Shriver Center unites stakeholders across Illinois and the United States to fight against the limitations of poverty and advocate for equal treatment in multiple arenas,  including Economic Justice, Environmental Justice, Criminal Justice, Educational Equality, and Health Justice.

Economic Justice refers to a lack of financial resources that makes it difficult or even impossible to secure basic human necessities. Poverty charities recognize that there are institutional, political, and social forces that prevent certain groups from accessing benefits that are already mandated by existing law. Without their policy and advocacy support, members of these groups  are challenged to overcome those adverse forces and obtain basic resources needed for human dignity, and even survival.

Charities that fight poverty tend to focus on increasing the supply and availability of:

The criminal justice system is built on rules designed to ensure equal protection under the law. But the unfortunate reality is that minority groups often have difficulty securing this equal treatment. As a result, U.S. prisons house a disproportionate number of people from minority groups. To address this imbalance, criminal justice organizations promote a variety of  equality-focused endeavors, such as:

Social justice and education have a longstanding relationship, in part due to the role education plays in the empowerment and advancement of any person. With proper education opportunities, it’s possible for people of all backgrounds to better overcome social and political barriers to success. Unfortunately, many schools in lower-income areas lack the resources to provide an excellent education.

Education-related social justice initiatives recognize the power of a good education  and strive to provide universal access. In that way, people from all backgrounds have the education opportunities that can enable them to attain their full potential. Without this type of policy and advocacy support, many minority and lower-income individuals would have fewer opportunities to lead fulfilling lives. 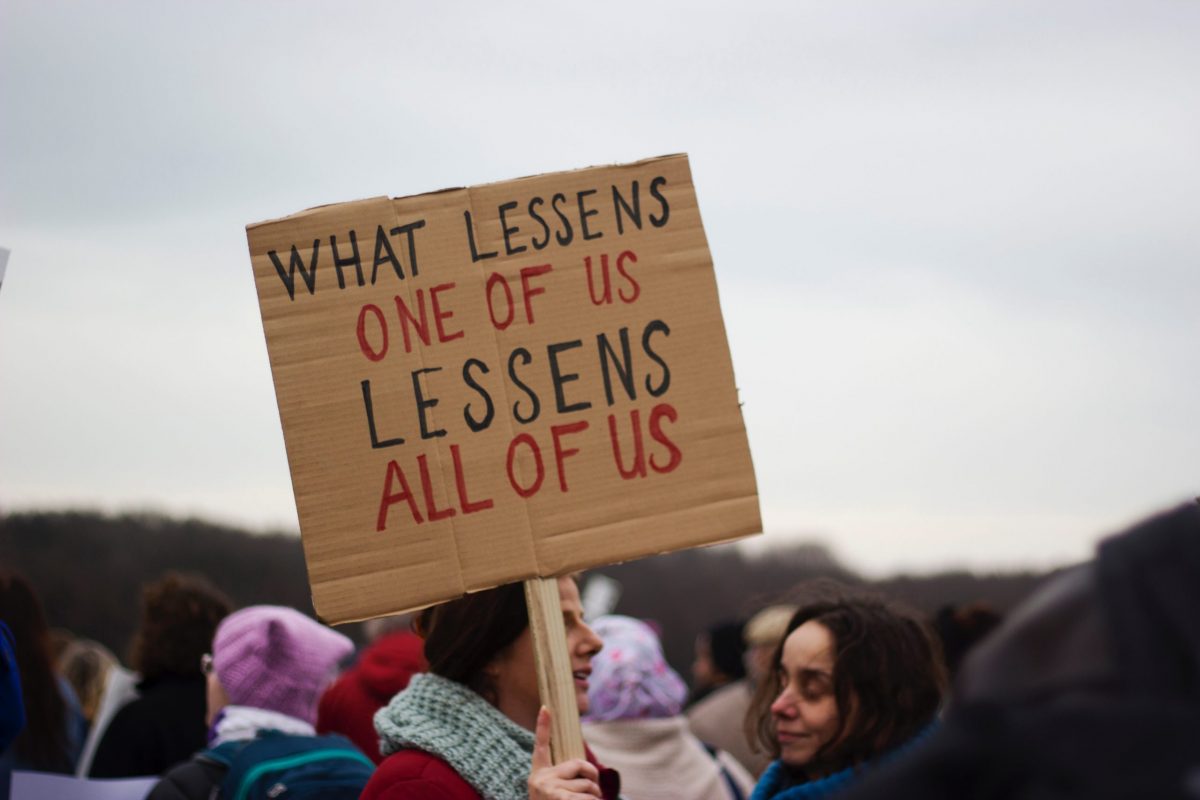 Civil Liberties, conferred by the Constitution, are supposed to provide citizens with a wide range of protection against government interference. Civil Rights, conferred by our laws, are supposed to ensure equal access to, for example, housing and employment. Civil Rights and Civil Liberties charities  work to actualize these ideals, so that Constitutional and Legal protection ideals might more likely become a reality.

An example of a civil rights charity is the Chicago Lawyers Committee for Civil Rights Under Law. Since 1969, CLCCRUL  has organized attorneys and other advocates to protect civil rights. By fighting for racial equality and universal access to economic opportunity, CLCCRUL works to eliminate discriminatory practices in the public and private sectors.

The Civil Rights Act of 1964 is landmark legislation intended to eradicate discriminatory practices against people of color and people with other protected characteristics. This Act provides guidelines for equal treatment with respect to education, employment, accommodations, and other aspects of public life. Organizations dealing with things of Federal jurisdiction, such as interstate commerce, must comply with the anti-discrimination requirements of this act.

More specifically, the Civil Rights Act of 1964 ensures that all citizens receive equal treatment under the law by prohibiting discrimination on the basis of:

Housing access has become a hot topic in recent years, with increased urbanization and gentrification altering the economics of housing. As real estate development transforms lower-income neighborhoods, the cost of living in those areas increases dramatically. This can lead to displacement of longtime residents who can no longer afford housing in their community. 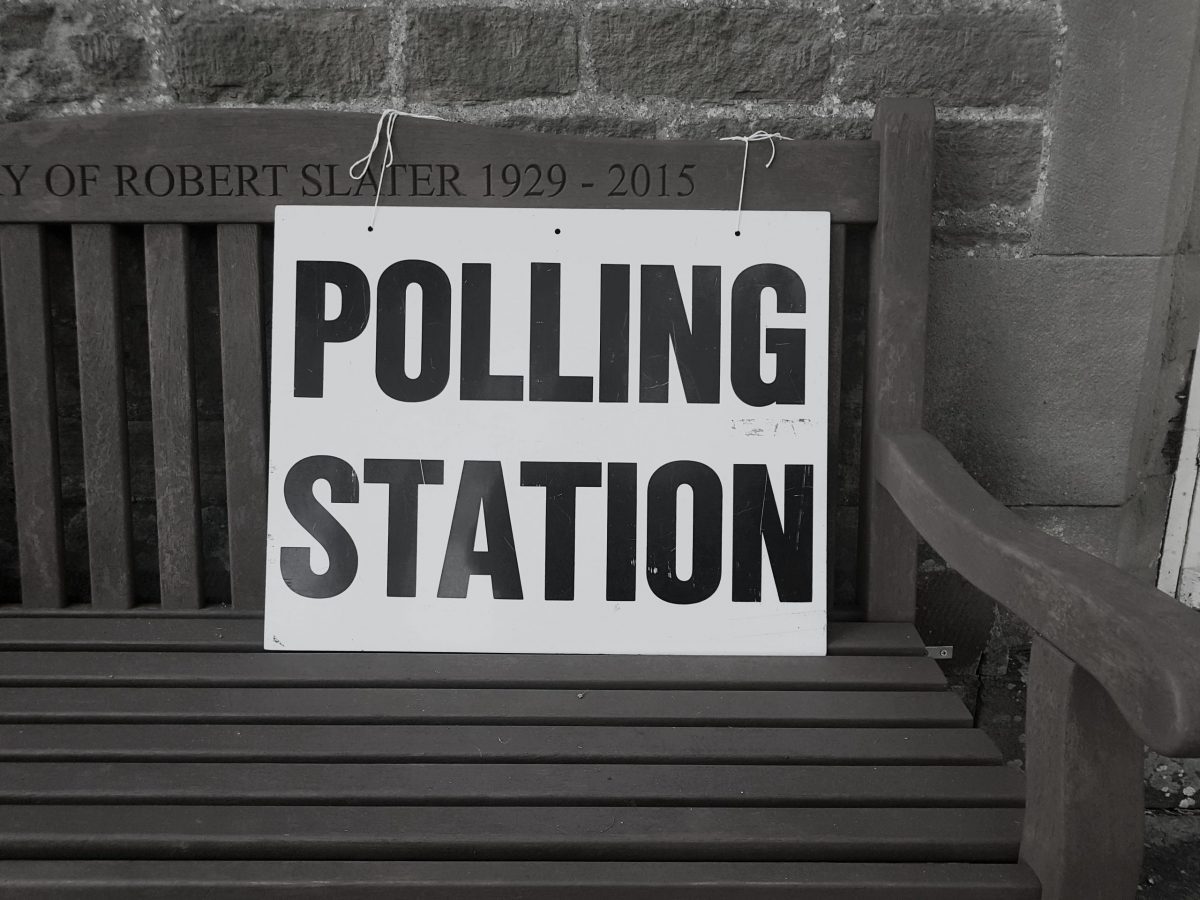 Democracy is a form of government that places power in the hands of citizens. Unlike other forms of government, where everyday people have little if any say in politics, democracy ensures that every person has a political voice. Democracy-focused charities emphasize empowering citizens to exercise their political rights.

An example of a democracy-focused charity is Chicago Votes, whose mission is to develop the next generation of community leaders across Chicago. Leveraging a hands-on and community-based approach, Chicago Votes ensures that prospective leaders have the resources and support needed to affect positive change.

Charities involved in promoting democracy feature a diversity of goals and methods by which to  promote Voting Rights, Fair Elections, and Equal Rights.

Passed in 1965, the Voting Rights Act prohibits discrimination with respect to voting rights. From general to specific applications, this act is intended to ensure that citizens across the United States enjoy the right to vote without political interference. Significant provisions of the Voting Rights Act include prohibitions against:

First introduced in 2009, the Fair Elections Now Act is a proposed law pending in the U.S. Senate with companion legislation in the U.S. House of Representatives. At a higher level, this proposed act would enable a more realistic approach to publicly funded elections, effectively combating the recent rise in political contributions from corporate entities and wealthy individuals. Despite backing from influential politicians and activists, however, this proposed act has not yet been passed.

If Congress does pass the Fair Elections Now Act, there would be numerous changes to existing campaign finance laws, including:

Equal rights refers to the idea that laws and other rules should treat every person in the same way. By providing every person with legal equality, it is possible, in theory, to combat the effects of discrimination, injustice, and inequity. Equal rights promote a level playing field, intended to prevent a single group from gaining undue power or privilege over other groups.

Another aspect of equal rights involves the concept of due process, which is intended to ensure that every person receives the same fair treatment in judicial proceedings. By applying the same rules and procedures to every person, Due Process decreases the possibility of discrimination against individuals.

Are You Interested in Helping Social Justice Charities Further Equality?

Learn how to support your charity today.